“Does your grandmother always use the restroom in the afternoon?” – Genius Doctor at Columbus Children’s Hospital

What kind of sideways question is that? My grandmother uses the bathroom whenever she needs to! Unfortunately, on that particular Tuesday, while my grandmother was taking care business, Millie slid on the hardwood floor and fractured her tibia. There was no swelling, redness, or bruising however, she refused to put any weight on her left foot. I could touch her foot and she could move it, so I knew nothing was broken. I had no idea the process that is healing a toddler fracture.

After two rounds of xrays, neither of which I could be in the room for because I am pregnant – oh, and Mill cried for me the entire time while I waited outside the door and my heart broke in a million pieces, the doctor didn’t seeing anything unusual. The doc explained to us that because of her age, her bones would show healing calcification clearer than it would an initial injury.

It had been eight hours since Mill put any weight on her left foot and she could communicate very clearly which foot had the, “boo-boo”. The doctor wanted her in a full leg splint for one week. She explained to us that Millie could not get the splint wet, walk, or take it off. The doctor referred us to an orthopedic specialist that would retake xrays after she’d been in the splint for a week and would re-evaluate from there; hard cast or boot. I was upset for her because trick-or-treat was one week away and her second birthday was the week after. Millie’s active and time off her feet would be difficult for her.

Mill was miserable in the splint; longest week ever. She couldn’t walk around or play. She couldn’t sleep in her own bed for fear that she would wake up and stand on the splint. She loves taking baths but those were out of the question. I caught her pulling out the cotton underneath the ace wrapping so we had to cover the splint with her dads sock. The splint made her foot so large that she didn’t fit well into her swing, highchairs, or shopping carts.

One week later, I was so relieved to find out that Millie would be given a boot and not a cast. The orthopedic doctor took an X-ray of his own and saw a tibia fracture above her ankle. Thankfully, the doctor referred to the fracture as, “stable” which meant it was unlikely for it to get worse. By staying off of it, she would heal quickly. The boot was clunky but she would eventually learn to walk with it for the duration of her healing. We were able to remove the boot for bath time and outfit changes. The boot was a part of our fall festivities but was able to be taken off just four weeks after the incident. We met with her pediatrician, who gave us his blessing to remove the boot, and he put her on a calcium supplement due to our vegan diet, just to make sure that she is getting enough calcium for her bone development. Once the boot came off, she walked differently for about a week – like her left foot was still booted.

Needless to say, my grandma hasn’t used the restroom since. 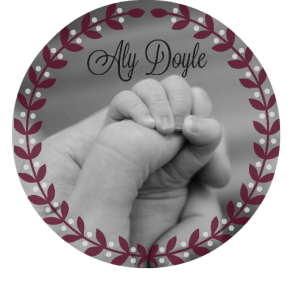